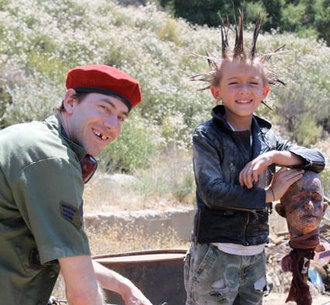 Born and raised in the supernatural high country of British Columbia, Canada, Cyrus Oliver Helf was destined for a life of weirdness. The mutant offspring of an unholy union between a radical feminist thespian and an Austrian deer-hunting psychopath, Cyrus was encouraged by his family to embrace his nefarious nature. Thankfully, he keeps his subversive influence on society in check by channeling those pesky inner demons into his film projects. Most known as the infamous writer/director behind the cult classic horror short Zitlover and as a staff writer on some, ugh, reality shows for MTV, Cyrus currently works for the Distance Learning Center at WLAC. He’s excited to participate in West72 and can’t wait to see some great student films!