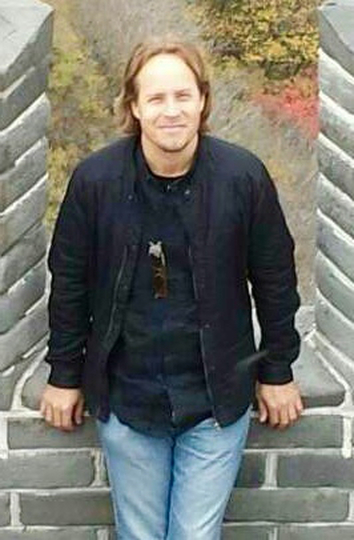 Bryan Single is an award-winning filmmaker with fifteen years of experience producing documentary stories about social and global issues.

His noteworthy collaborations as cinematographer include the 2009 Sundance film festival winner Big River Man (2009, Discovery Channel), which tells the fantastic story of an eccentric environmentalist who swims the entire length of the Amazon River; God in America, the PBS Frontline television series examining the history and diversity of religious belief in the US; and Students of Consequence, a multimedia educational project on wildlife conservation and sustainability in Tanzania, sponsored by the Jane Goodall Institute and the George Lucas Foundation.

Children of War (2010), filmed and directed by Single in Uganda over a period of three years, follows the journey of a group of child soldiers as they undergo a remarkable process of trauma therapy and healing while in a rehabilitation center. Recognized as a powerful communication tool on the subjects of child soldiers and war trauma recovery, Children of War has been archived in over 200 cultural and educational institutions worldwide and has received numerous international human rights awards, including the Cinema for Peace Award for Justice. Lauded by New York Times best-selling author Paul Hawken as an “aesthetic masterpiece” and by UN Secretary-General Ban Ki-Moon as “an essential tool in promoting peace", Children of War was also the first film to have its World Premiere before global leaders in the historic, United Nations General Assembly Hall, with subsequent screenings before decision-makers in the European Parliament, the International Criminal Court, the Berlin Konzerthaus Opera Hall, and in UN and EU offices worldwide.